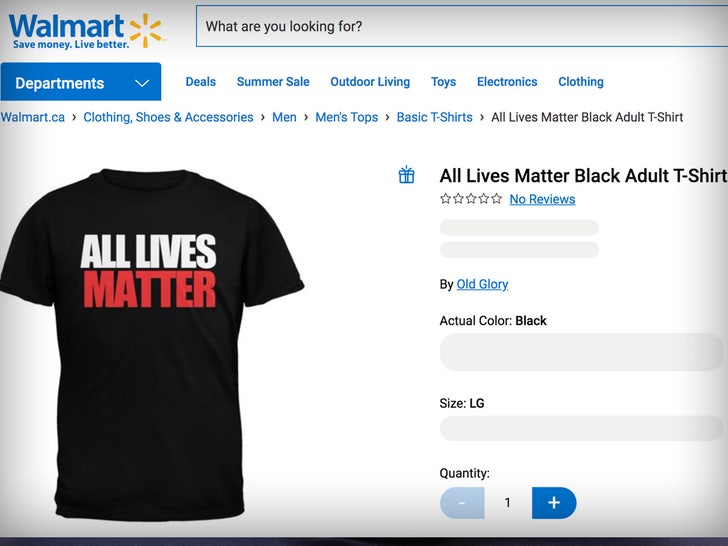 Walmart’s under fire for selling All Lives Matter and Blue Lives Matter gear on its websites … but the company says a third party seller’s to blame, and it’s looking into it.

The outrage began to spread Tuesday on social media, when people noticed the Walmart Canada site was featuring a black, All Lives Matter t-shirt and some other Lives Matter slogan gear along with its Black Lives Matter items. 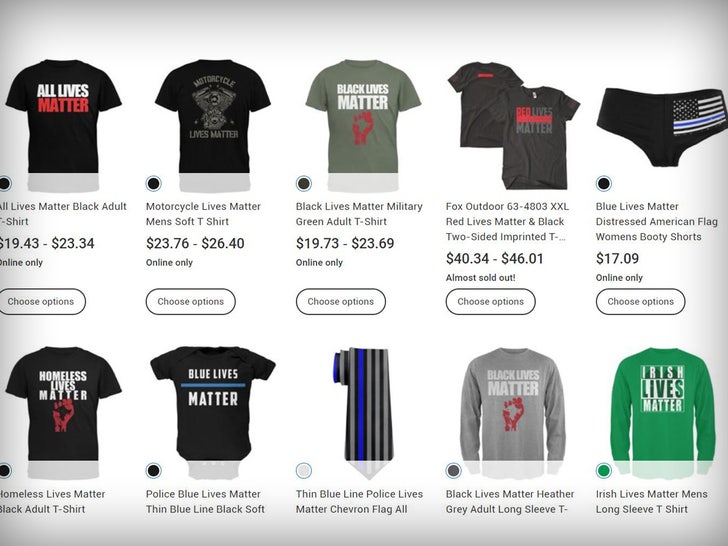 Walmart Canada responded to the criticism by saying, “This item is sold and shipped by a third party seller. We’ve forwarded your comments to the appropriate department to look into further. Thank you for bringing this to our attention.”

Of course, this didn’t stop customers from firing their own complaints, saying the availability of these items goes against the Black Lives Matter movement and the items are dogwhistles to those who really don’t want to end racism and police brutality.

The company later added in a statement, “We stand against any form of racism or discrimination. We promote listening, seeking to understand and embracing individual differences.” It says it’s reviewing its third-party marketplace items to make sure they comply with its terms and conditions.

Several All Lives Matter t-shirts are also available on Walmart’s U.S. site, being sold by a company called Old Glory.

Another third-party company called Trendy USA sells counterpoint “All Lives Matter?” tees, with the tagline … “If All Lives Really Mattered To You, We Wouldn’t Be Protesting. BlackLivesMatter.”