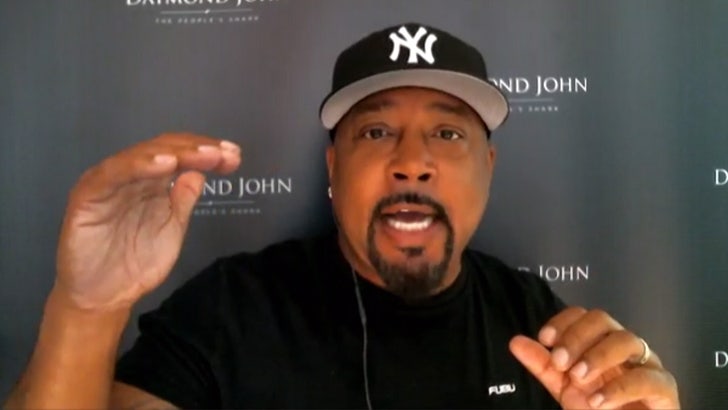 Kanye West‘s new Gap deal isn’t only huge for budget-conscious consumers … Daymond John says it could also be a game changer for Gap’s corporate culture …if it’s smart, at least.

The “Shark Tank” star helped us follow the money on the Yeezy Gap 10-year deal … breaking down how it could greatly benefit customers, Gap and Kanye. On Friday’s “TMZ Live,” Daymond said the new partnership will give the masses access to so-called “knockoffs” of Kanye’s high-end, high-priced designs.

That’s the obvious W for the public, but DJ added … the real win for Kanye goes well beyond dollars and cents. He says for the amount of revenue Ye stands to make for Gap — it’s already estimating a BILLION annually — the rapper/designer deserves a seat on the corporation’s Board of Directors.

That possibility couldn’t come at a more opportune time for Gap, as corporations nationwide are desperately trying to diversify their staff — from top to bottom — in response to the protests demanding racial equality.

Daymond — whose FUBU brand also had Gap ties, courtesy of a late 90s LL Cool J commercial — says Gap can take a huge step forward by adding Kanye to its Board.

Man knows what he’s talking about, because it turns out the ‘Shark’ is in super-high demand with more than a dozen corporations right now.

As for whether he’s accepting any of the offers — watch the clip, Daymond explained what he’s demanding … and it’s a lot more than just a seat for himself.